BonBon-Land is a Danish amusement park located in Holme Olstrup in the South of Zealand, about 19km from us. This 34-acre park attracts about 450.000 each season.

It's a very funny amusement park for the whole family! 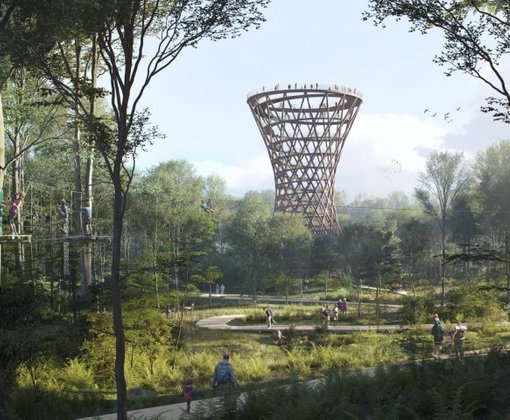 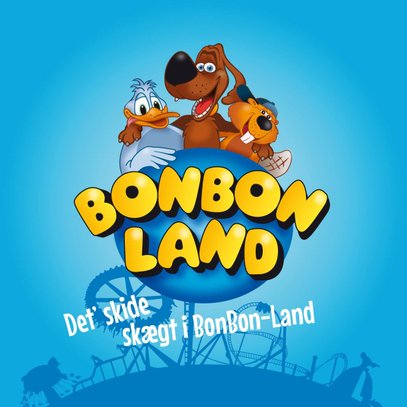 Camp Adventure is located in a hilly and scenic landscape on the Gisselfeld Klosters forests in South Zealand 13 km from us. Since 2013, Camp Adventure has existed as Denmark's largest climbing park and currently has 10 wooden tracks.

In addition to the existing treadmills, the ride will consist of a 600 m long boardwalk and a 45 m high architectural tower, where visitors can go to the top via an inside ramp. The trip culminates with a free view throughout the South Zealand from approx. 130 m above sea level.

Is a safari park on the island of Lolland 88 km from us.

The safari park has more than 1000 animals divided into about 70 species of animals. They live freely in the park, broken down by areas corresponding to their living areas. Among the parks, visitors to the 255,000 (2017) visitors are one of the most visited tourist attractions in Denmark and it is Northern Europe's largest safari park.

In 2018, the safari park's largest investment ever opens the Dinosaur Forest. It is a 30,000 square foot area that covers an area of ​​excavations and exhibition of fossils and skeletons. In addition, a large forest with nature from the dinosaurs time, as well as over 20 animatronic dinosaurs https://www.knuthenborg.dk/ 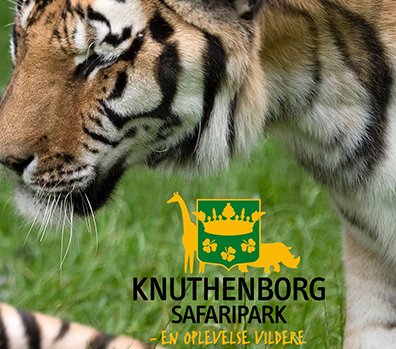 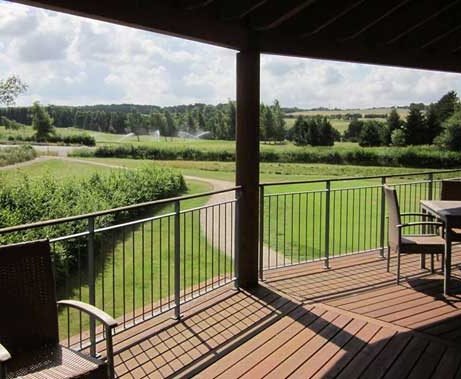 In scenic surroundings just outside of Rønnede (9 km from us) large and small golfers can spend many lovely hours.

In addition to the large 18-hole par 71 course, the club also has a slightly less demanding 6-hole par 3 course and short game area.

The open hillside around Susåen is very hilly and offers challenges that satisfy even the discerning player. The course is built with large, simple, natural characters, so even the big fairway bunkers fall naturally into the landscape. Watercourses, small lakes and fowls are part of the course, which has the reputation of being among the best in Zealand.

The cinema "Biografen Kanten" (Edge) in Faxe. Is a local cinema at Faxe Kalkbrud.

You can see on the picture why it is called The Edge :) It's a modern two-seater cinema, and were named the best Danish cinema in the year 2010 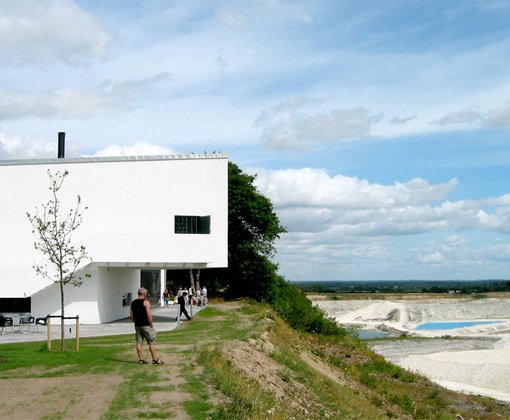 Just 1,7 km from us there is a real coral bank where an open network of grained corals has collected mud and other sediment material. The mountain species are generally highly hardened, but can be very porous. The coral cabbage covers an area of ​​approximately 2 km², alternating with bryozobanks that have grown towards and above small coral banks or reefs. In the lime fracture at Faxe you can find many fossils of the many marine animals living here, for example. sharks, squid, crabs, fish, sea urchins, mussels, snails and many more. More than 500 different species of marine animals have been found. 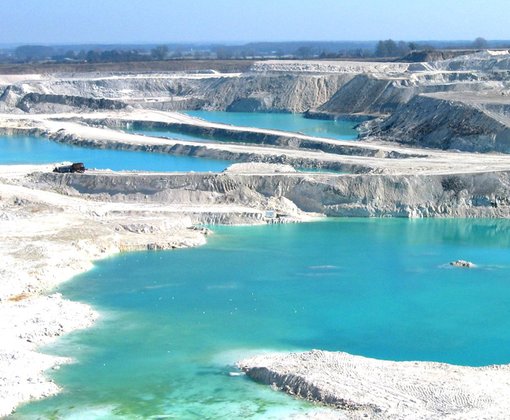 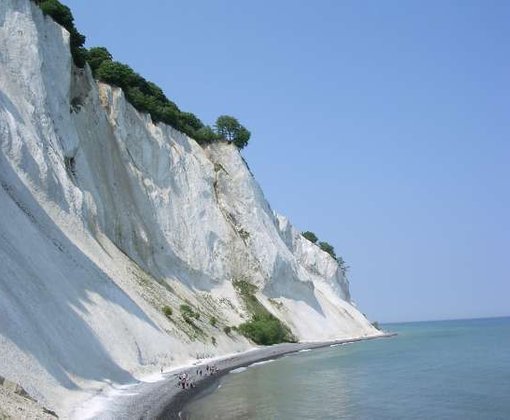 Are a 6 km stretch of chalk cliffs along the eastern coast of the Danish island of Møn in the Baltic Sea,

67 km from us. Some of the cliffs fall a sheer 120 m to the sea below. The area around Møns Klint consists of woodlands, pastures, ponds and steep hills, including Aborrebjerg which, with a height of 143 m, is one of the highest points in Denmark. The cliffs and adjacent park are now protected as a nature reserve. Møns Klint receives around 250,000 visitors a year. There are clearly marked paths for walkers, riders and cyclists. The path along the cliff tops leads to steps down to the shore in several locations.

Is a white chalk cliff located 24 km from us. Stretching 17 km  along the coast, it is of geological importance as one of the best exposed Cretaceous-Tertiary (K/T) boundaries in the world. Subject to frequent erosion, the cliff rises to a height of up to 40 m (130 ft). 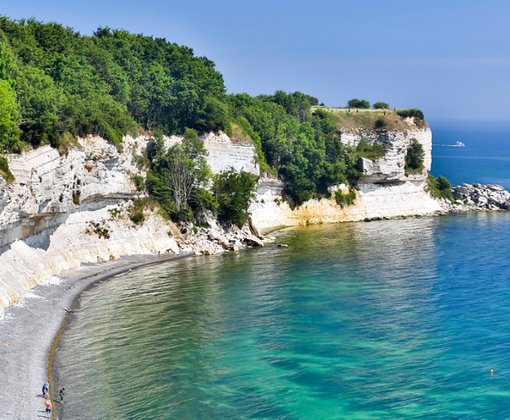 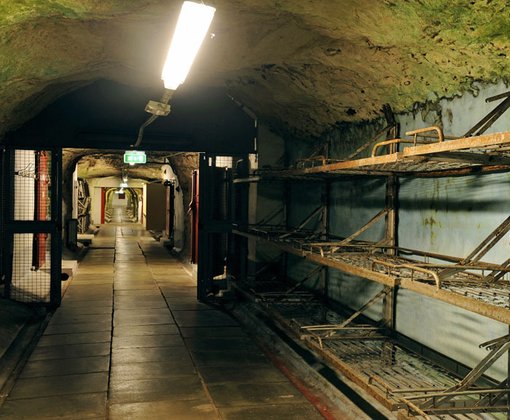 In 2008 Cold War Museum Stevns Fortress opened to the public. It features a large exhibition of military equipment and a 1.5-hour guided tour in the large underground system of the fortress. The underground system of the fortress features 1.6 kilometres of tunnels, living quarters and command centers, including a hospital and even a chapel. There are also two ammunition depots for its two 15 cm cannons. The tunnels are 18–20 m below the surface, dug deep into the chalk of Stevns. The top secret fortress was built in 1953 and remained operational until 2000.

5 km from us you will find some of the best beaches in Denmark.

See the locations below: 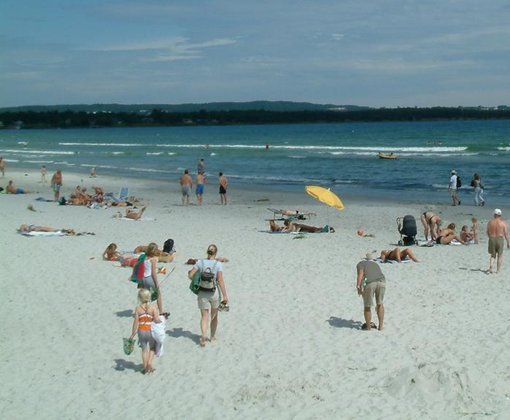